Pin It
I'm sure most of ya'll have seen this on Pinterest. I was actually skeptical about it, seen it by a few other bloggers, but had to see myself. 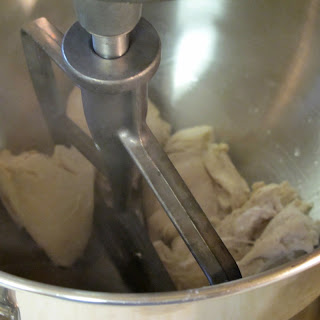 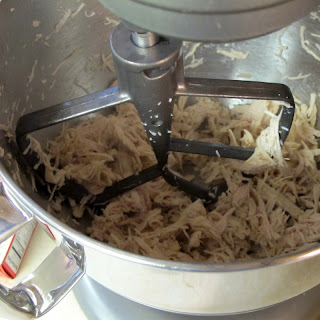 Isn't that just BEAUTIFUL? Now here is a recipe you can use that shredded chicken in!
CHICKEN POT PIE
(recipe from Pillsbury) 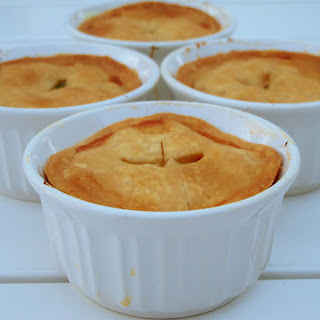 Are you kidding me? I've been wrestling with two forks and a chicken breast for years and all this time I could have just plunked it in the mixer?! Thanks for this tip Carolyn! I see chicken tacos in my future!

I had no idea! Sadly I don't have an electric stand mixer. Yeah, I'm waaayyy behind the cooking time.