Pin It
Have you ever wanted cinnamon rolls but not have time to cook them in an oven for 20-25 minutes? I have come to that situation several times. So I made waffles the other day (with the waffle iron) and got my wheels spinning. What would happen if I put the cinnamon rolls IN the WAFFLE IRON? Sure enough....GENIUS. My kids ask for them this way more than they to the "right" way! 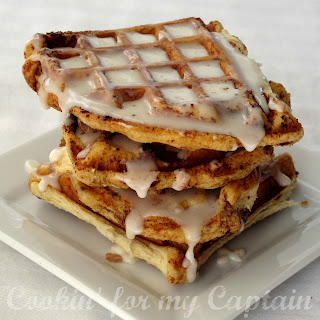 Ok, so now I want a waffle iron! I thought it was silly to have something that only does one thing. But now I know it does more!