Pin It
This recipe is one that I have used for years. Its a win-win for everyone and there is never leftovers! I've recently given a friend of mine the recipe and she now cooks it once a week because all her boys love it (picky eaters!). Even better, there is no "measurements."...."whaaaa?" you say? Trust me! 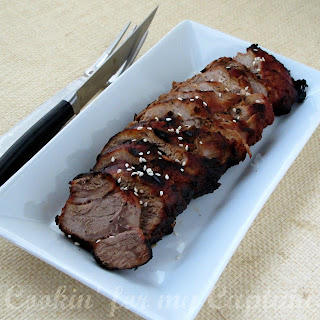 I just bought three tenderloins at the store since they were on sale and I can't wait to try this recipe; it looks divine!